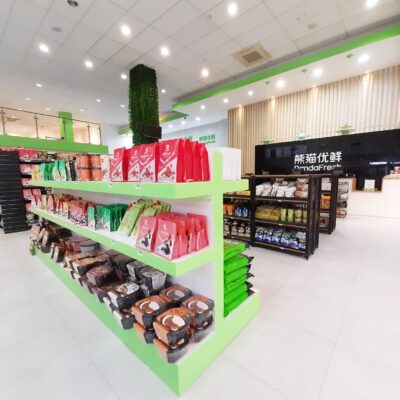 The London-headquartered company operates in more than 60 cities across ten countries. The Birmingham location forms part of the company’s expansion plans, which will see it launching further flagship stores in the UK and other cities globally throughout 2021.

The business has signed a five-year lease on the unit at Norfolk House, the former home of men’s clothing store High & Mighty. Located off the city’s main Smallbrook Queensway road, it occupies a prominent corner position and forms part of the wider 85,000 sq ft office building.

Other well-known shops and restaurants nearby include Subway, The Sunflower Lounge, barbers Turkish Golden Scissors and Simply Local.

“Its strong location, with proximity to other businesses and footfall of workers, shoppers and visitors making makes it a great location for HungryPanda to bring its new retail store model to market.”

Panwen Chen, Global Head of Strategy at HungryPanda, said: “Building on our established reputation in the UK, HungryPanda is excited to embark on this new strategy, launching and growing our shop and restaurant concept.

“Boasting a large overseas Chinese population, a well-established Chinese Quarter and a vibrant retail and leisure economy on its doorstep, Norfolk House is a prime location and the perfect fit for us. We look forward to bringing our new concept to customers in the city later this year.”

Guy Sankey, Associate at Avison Young, said: “Birmingham’s retail and leisure sectors are bouncing back strongly from the pandemic, so it’s great to see another business making a commitment to the city and adding to its offer.

“Norfolk House is well located, with much of the city core within a five to ten-minute walk of the site, and is a prime thoroughfare for residents and visitors alike. We look forward to seeing the HungryPanda team launch their new site, which will no doubt be a great addition to this vibrant part of the Chinese Quarter.”